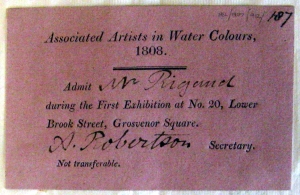 The beginnings of the RI can be traced back to 1807 with the formation of the New Society of Painters in Water Colours. The New Society was inaugurated as an alternative to an existing society (now the RWS) which had been founded in 1804 and which exhibited only the work of its own members. From the start the New Society showed the work of non-members’ alongside that of members, a policy still followed today. Both societies were started at a time when watercolour was used for serious artistic expression. In the early years many highly regarded painters including Cotman, Turner, Cox, de Wint, Bonington and many others exploited the natural and luminous qualities of the medium to great acclaim.

The New Society changed its name in 1808 to the Associated Artists in Water Colours. The exhibitions attracted some of the foremost watercolourists of the time including: David Cox, Peter De Wint, William Blake, Samuel Prout, Paul Sandby and Joseph Powell. Even so financial problems caused them to fold in 1812. 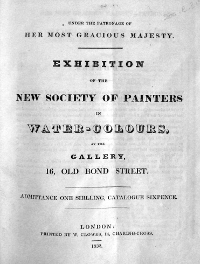 Nineteen years later, in 1831, Joseph Powell with several like minded artists resurrected the New Society of Painters in Water Colours. The next few years were stormy ones with considerable internal disputes and major changes in policy. In fact the society abandoned the policy of exhibiting together both non-members and member’s work thus losing a vital component of the difference between the Old and New Societies. Even so, and despite strong competition from both the Royal Academy and the Old Watercolour Society, the society thrived during these years and concentrated on consolidating its position as one of the foremost artist’s groups in the country.

The society’s growing strength during the period around the middle of the 19th Century shows it at the forefront of the movement to get more recognition for watercolour painting. The Royal Academy, who continued to dismiss watercolour painting as a serious art form, stood firmly at the centre of the British art establishment and in 1858 the government proposed a new gallery and building at Burlington House to house the RA and other art groups. The then President of the New Society, Henry Warren, proposed that the Old and New societies should group together and pose a united front to gain a place in the new building. Unfortunately the move failed but the New Society continued to fight for watercolour’s rightful place as a serious medium for art.

In 1863 the New Society became the Institute of Painters in Water Colours. Two years later a new group of watercolour painters was inaugurated, they showed their work at The Dudley Gallery in the Egyptian Hall in Piccadilly and soon became know simply as the Dudley. Their exhibitions were open to all-comers thereby filling the vacuum left when the New Society closed their doors to outsiders and this policy attracted some of the best emerging artists of the day. Some of these artists began to join the Institute. In 1883 the Institute moved into their new gallery in Piccadilly opposite Burlington House. In the same year the Institute and the Dudley joined forces and in 1885, by command of Queen Victoria, the Institute was able to add the prefix ‘Royal’ to its title.

The amalgamation of the Dudley and the Institute and the move to the new premises in Piccadilly coincided with a major change in the (soon to become Royal) Institute of Painters in Water Colours exhibition policy. After many years of exhibitions limited to the work of members only, the RI reopened their doors to all comers. 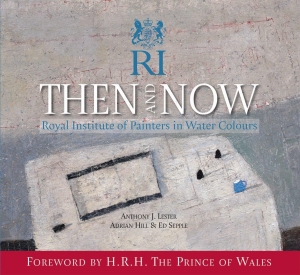 ‘Then and Now’ is the first book written about the Institute and its current Members, with a fascinating history written by Anthony J Lester, Hon. RMS, FRBA, FRSA, writer, broadcaster, fine art consultant, curator, collector/researcher on British art. The book contains many historical images from the extensive archives and a list of every Member since its inception.

‘Then and Now’ also features biographies written by Adrian Hill, fine art dealer at Adrian Hill Fine Art, with images of current members and examples of their work. 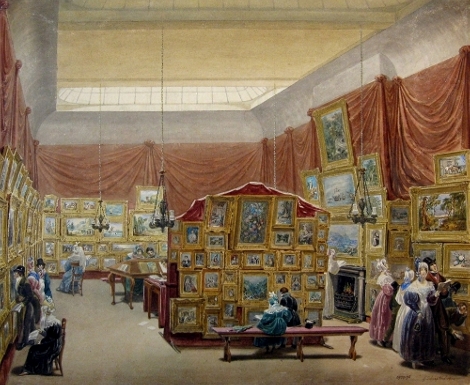 The first three exhibitions of the second-flowering of the New Society, 1832-1834, were held at 16 Old Bond Street, London; the painting (above) by George Scharf is a view of this gallery, painted to record one of these inaugural exhibitions (it is dated 1834). 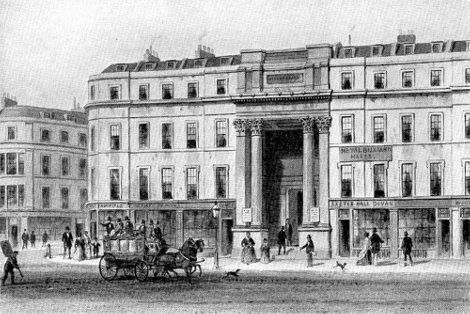 The next three exhibitions were held at Exeter Hall in The Strand (where the Strand Palace Hotel now stands). After 1838 the society established itself at 53 Pall Mall, next door to the British Institution at number 52, where it remained until 1883. 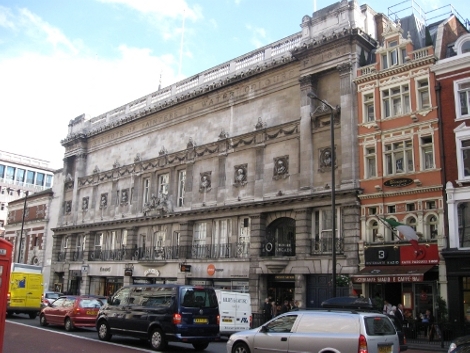 From 1883 until 1970 the RI was housed in a magnificent building in Piccadilly, almost opposite the Royal Academy. Designed by E R Robson the galleries opened with an exhibition of nearly 900 pictures, and a brilliant ceremony attended by the Prince of Wales.

The RI remained in Piccadilly until the lease expired in 1970, then joined with several other leading art societies in the Federation of British Artists based at the Mall Galleries which were opened by Her Majesty the Queen in 1971. Its three galleries are situated in the basement of 17 Carlton House Terrace, at the east end of two terraces of white stucco-faced houses on the south side of the street overlooking St. James’s Park. These terraces were designed by John Nash and built as private dwellings in 1827-32. The gallery and offices are leased from the Crown Estate by the Federation of British Artists. 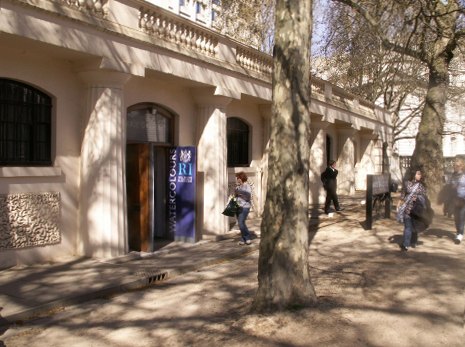 Members from the archives. A complete listing of all members of the RI since its inception. See Archive section.

Details from the Façade of 190-195 Piccadilly 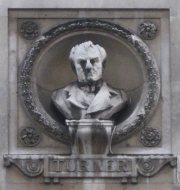 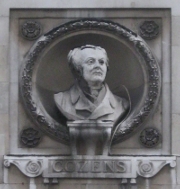 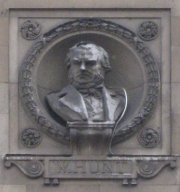 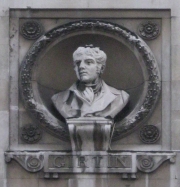 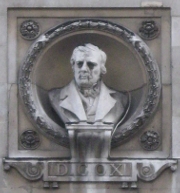 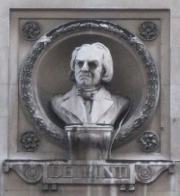 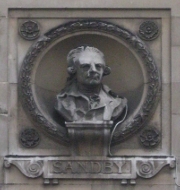 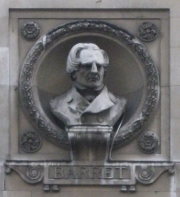