‘People with stories to tell’ by George Butler RI 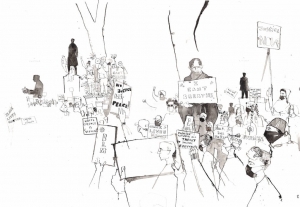 London-based RI member and reportage illustrator George Butler RI has travelled all over the world to war zones, refugee camps and gold mines. “I choose newsworthy situations and people with stories to tell, and then record them in pen and ink,” he says.

Recently he’s been focusing on moments of protest in his home town. This month, he attended the Black Lives Matter protest in London’s Hyde Park to capture “people’s emotions as they pouted out onto the pavement” with the ambition that the drawings would be a record of this powerful time that may, he hopes, be “the beginning of a change”.

Image above: A peaceful Black Lives Matter protest last week under the statues of Ghandi, Loincoln and Mandela  in Hyde Park, London, June 2020. 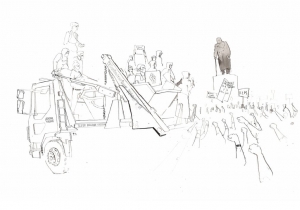 He also drew scenes at demonstrations for Extinction Rebellion last year. Butler says he is committed to documenting “the great issues of our generation” and helping to send “a message to those in power”. See more at georgebutler.org

Image right: Around an abandoned truck in Parliament Square before the Churchill statue was defaced, London, June 2020 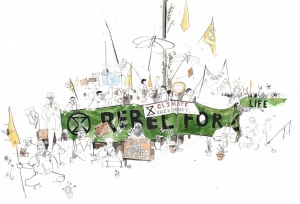 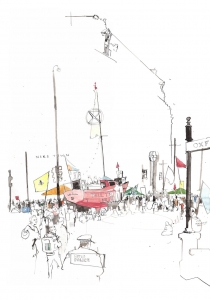 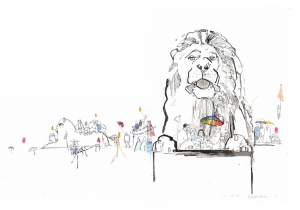 Image left: Climate action protesters sit in the arms of a Trafalgar Square lion in the rain, October 2019