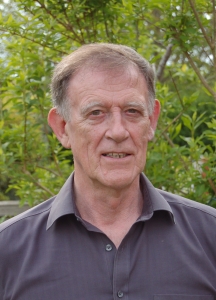 I am interested in the connections between things, and these lead me to examine disparities that engender paradox in painting. Yet another interest is in landscape and what the land means to us in a contemporary context.
Not only am I concerned with connections, but I also have a need to understand better the ways in which we read imagery. When we view an image we note inherent clues to give identity and meaning to the picture before us. If we reduce the clarity and number of clues, we move from a certainty of understanding or interpretation to a probability of understanding. If we reduce the clues further, we move from a probability of meaning to a possibility of meaning. It is in this area of interplay between certainty, probability and possibility that I like to work.
The image, in which I work to produce clarity of meaning, is therefore a synthesis of observation, experience, rationalization and imaginative possibilities, underscored by a sort of visual poetry which does not exclude that which happens on the paper by chance. This need to establish a balance between seemingly disparate elements within painting permeates all aspects of the process.
It begins with the need to balance the ambiguities of controlling rational thought with emotive uncontrolled gesture. It continues with the need to balance figuration with non-figuration in the imagery: the vertical two-dimensional properties of the painting itself with the spatial definitions therein; the fast and slow, controlled and uncontrolled applications of paint. Always there is ambiguity of meaning – or paradox – to be met. The painting is a painting: but the painting is a picture. The painting is two things at the same time.