“Two paintings done to celebrate the 50th anniversary of the Isle of Wight Festival where both Jimi Hendrix and Jim Morrison appeared. James Marshall Hendrix and James Douglas Morrison both died at the age of 27 and within a year of each other and tragically both in circumstances that could have been avoided. They were both hugely influential on popular music ( and numerous art students ) in the 60’s and beyond.” – Chris Myers PRI

The Linden Hall Studio gallery in the seaside Town of Deal in Kent will stage an RI Exhibition this Summer featuring paintings from 25 RI Members. Exhibition runs until 23rd July. Full details at: https://lindenhallstudio.co.uk/exhibitions/ 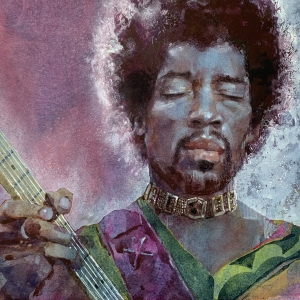 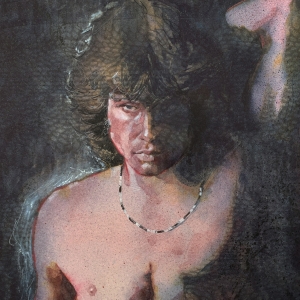